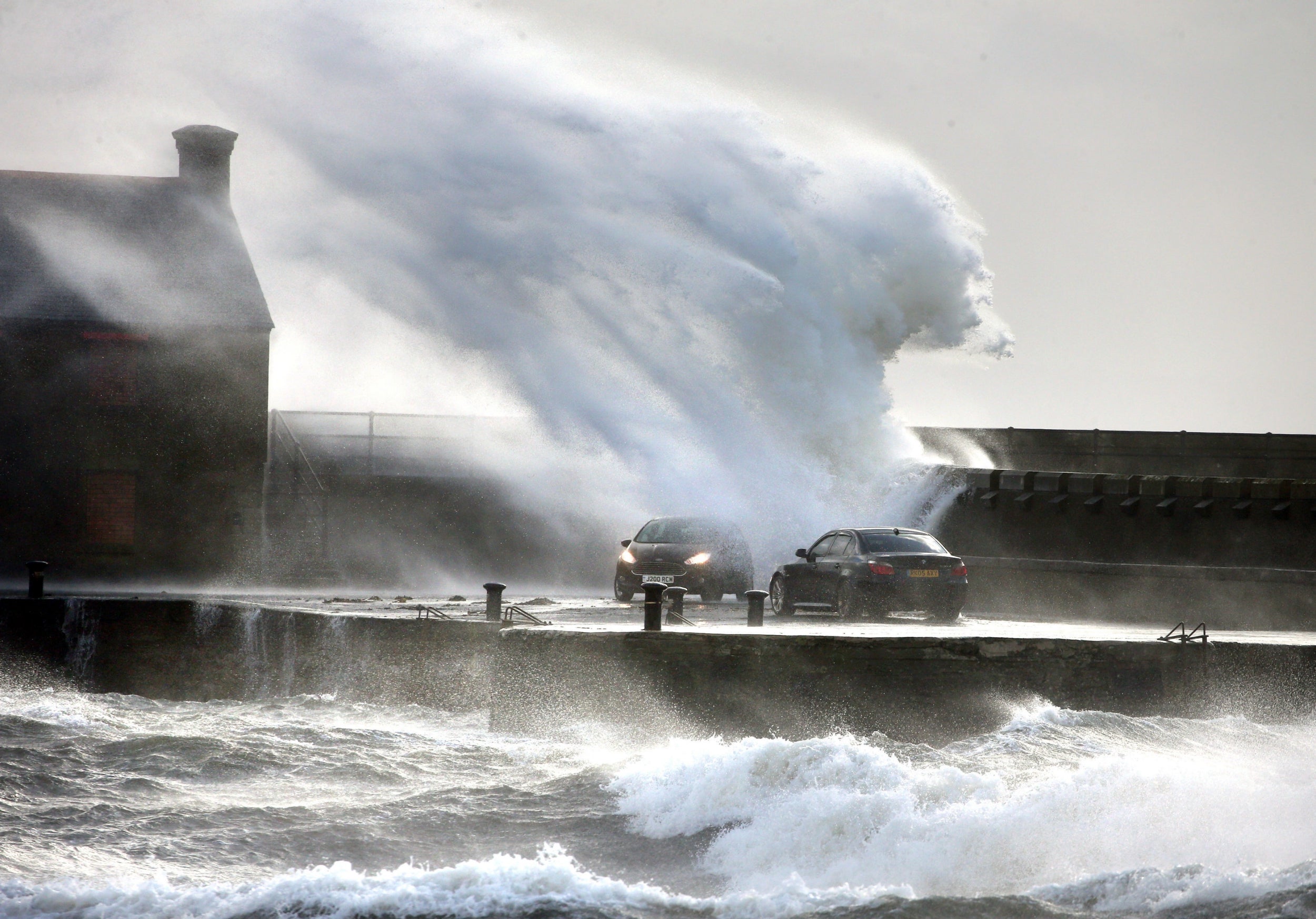 The UK is set for further gales and travel chaos as Storm Ciara continues its brutal onslaught.

Blizzards, gales and up to 20cm of snow are set to fall in parts of the country, after the devastating storm lashed Britain with heavy rain and winds of up to 100mph.

Fresh weather warnings have been issued for swathes of the UK until Wednesday, with northern England and Scotland set to be hit with snow and ice, while southwest England is whipped up by “very strong winds”.

Network Rail said it expected further cancellations and disruptions to trains as engineers struggle against the elements to restore services blighted by debris on a number of lines.

Among the operators to enforce “do not travel” warnings are Southeastern, Southern and Northern Rail, Thameslink and the Gatwick Express.

While South Wesern, Avanti West Coast, TfL Rail and a number of others have issued “customer advice,” including details on speed restrictions and reduced services.

All commuters are urged to check before they travel.

It comes after some areas saw a month and a half’s rainfall in just 24 hours, as widespread flooding swept the UK.

Thousands of people were left without power, some homes were evacuated, buildings were damaged and sporting occasions postponed.

Flights, ferries and trains all saw cancellations and delays, while drivers faced treacherous conditions with floodwater, fallen trees and other debris closing roads.

A Met Office amber weather warning for wind, which had been in place across most of England, elapsed at 9pm Sunday as Storm Ciara moved away to the north-east of Scotland.

But a yellow warning for wind remained in force for the whole UK until midnight, with strong winds, heavy showers, snow and ice expected on Monday.

“We have got colder air coming through the UK and will be feeling a real drop in temperatures, with an increased risk of snow in northern parts of the UK and likely in Scotland.

“There could be up to 20cm on Monday and Tuesday and with strong winds, blizzards aren’t out of the question.”

Motorists are warned to exercise special caution, with continued disruption to the road network and tricky driving conditions likely to continue into rush hour.

And airports around the country on Sunday night told travellers to check their flight with their airline due to the continuing bad weather conditions.

British Airways said in a statement there will be a “minor knock-on effect” to Monday’s schedule.

“We’re getting in touch with those affected, and have brought in extra customer teams to help them with a range of options including a full refund or an alternative flight between now and Thursday,” the airline said.

“Any customer flying short-haul to or from Heathrow or Gatwick, can also choose to make changes to their travel plans if they would prefer to fly another time.”

More than 200 flood warnings were issued across England on Sunday, with the town of Appleby-in-Westmorland, in Cumbria, severely hit.

The River Irwell burst its banks at Radcliffe, Greater Manchester, while areas including Blackpool, Whalley, Longton and Rossendale, were affected by flooding in Lancashire.

The fastest gusts of 97 miles per hour were recorded on the Isle of Wight on Sunday, with 93 miles per hour winds hitting Aberdaron, a village at the tip of the Llyn Peninsula.

Inland, Manchester Airport recorded gusts of 86 miles per hour, while 178mm of rain fell in Honister Pass, in Cumbria, in the 24 hours to 4pm on Sunday – around one-and-a-half times the average February rainfall of 112mm.

Some 539,000 people experienced a power cut on Sunday with 118,000 left without power by 4pm across the whole of the UK, according to Energy Networks.