Lesbos, Greece – Greek police have fired tear gas at thousands of refugees and migrants trapped on the overcrowded island of Lesbos, from where they are not allowed to travel to the mainland under a 2016 EU-Turkey deal aimed at curbing migratory flows.

In tense scenes on Monday, children and babies were caught up in plumes of tear gas fired by riot police during protests by crowds of about 2,000 people.

The clashes broke out around Moria, a notoriously cramped camp housing more than 10,000 people – with an overflow site nearby with thousands more. It was never designed to hold more than 3,000.

People rallied against the continued containment of people on Lesbos island and unbearable living conditions inside the camp.

In footage seen by Al Jazeera, children can be seen recovering from being hit with tear gas fired by riot police. Some wore face masks to protect themselves from inhalation.

Police fired the tear gas to try and quell protesters and prevent them from marching on foot to Mytilene, Lesbos’s capital more than four miles away.

But many Moria residents did reach Mytilene and continued protesting there on Tuesday. 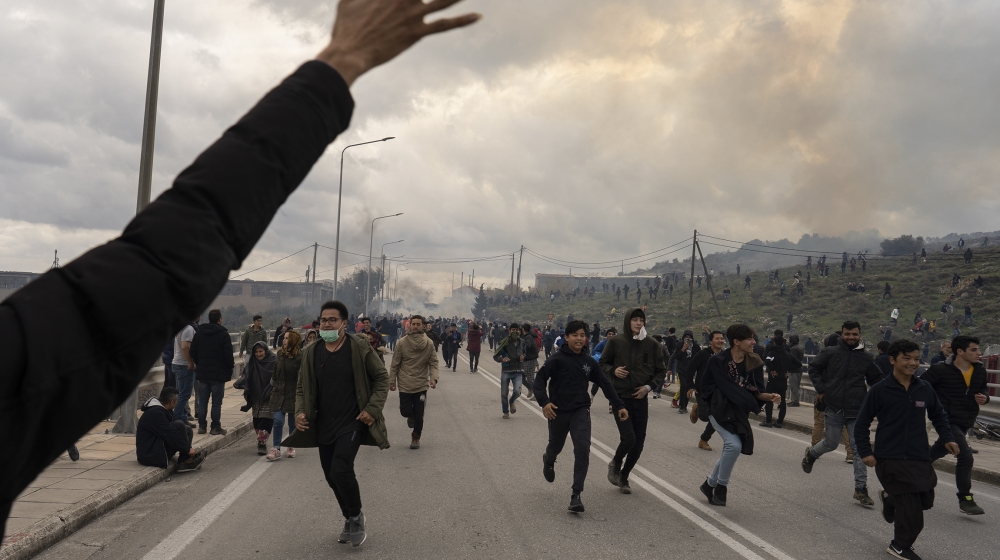 Abdul (not his real name), an Afghan refugee, told Al Jazeera: “I participated because people are dying in Moria and nobody cares. We feel like we don’t have a future here, if we wanted to die then we could have stayed in Afghanistan. We came here to look for a good future and to be safe, this is not a place for living.”

At least two people have died in Moria so far this year in stabbing attacks, according to local media.

In previous years, refugees, including babies, at the camp have died in fires, because of extreme weather and as they lack access to proper medical facilities.

The mood in the centre of the port city was tense as nearly 200 people, mainly men and women from Afghanistan, congregated in the central square.

“Freedom, Freedom,” they chanted, as well as “Lesbos people, we are sorry,” – an apparent apology to residents in a highly charged atmosphere.

Franziska Grillmeier, a German journalist, told Al Jazeera that she witnessed families being tear-gassed on Monday.

“Yesterday, as the people were trying to move the protest from Moria to Mytilene, the police tried to deter them by using roadblocks. Some families, however, broke through using the olive grove fields next to the camp and tried to find an alternative way to get to Mytilene. The police then started using heavy tear gas, throwing it into the fields by the olive grove, which also set some of the olive trees on fire.

“There were men holding their kids up, kids who were foaming at the mouth, kids having panic attacks and babies unable to breathe and dehydrating through the gas.”

She claimed the police reaction appeared to be excessive.

“There weren’t really any threats to the police at that point, it was just really a tactic of the police to immediately throw tear gas at people who were peacefully trying to make their way to Mytilene.”

Police reportedly detained dozens of protesters. Al Jazeera contacted the Ministry of Citizen Protection but had not received a response by the time of publication.

“I saw serious attacks on people, beatings with sticks. I also saw people screaming, holding their kids in the air and saying: ‘Look what you’ve done’,” Grillmeier said.

Paolo Amadei, a freelance photographer from Italy, said: “There were police throwing gas, women and kids and infants got gassed and there were many kids crying.

“They (refugees) came in peace, that’s what I saw: they weren’t looking for a clash.”

Boris Cheshirkov, a spokesman for the UN High Commissioner for Refugees, told Al Jazeera he was concerned by the escalation, which has been “exacerbated by the dire conditions and long wait”.

He said UNHCR has urged the Greek government to transfer people to the mainland and explained that European solidarity and responsibility-sharing was now crucial. 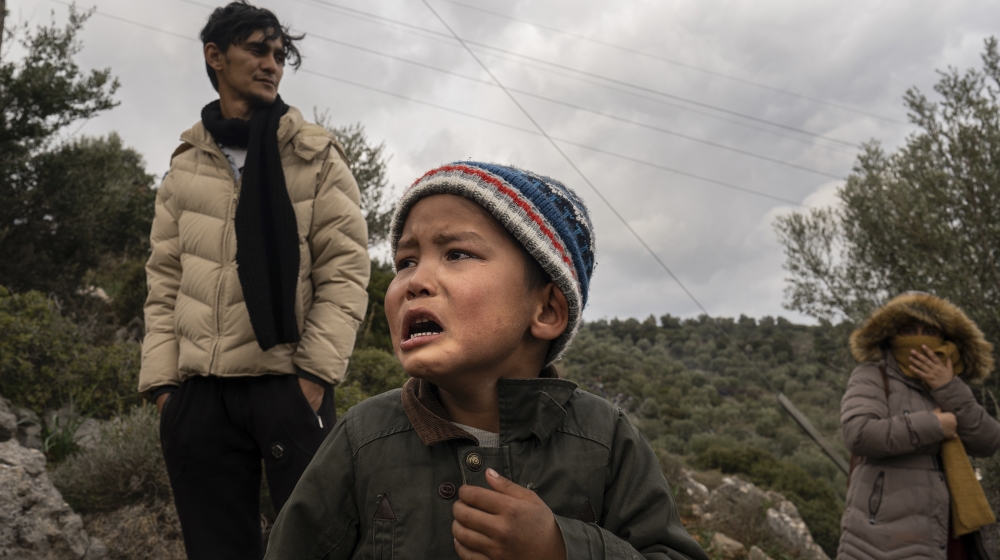