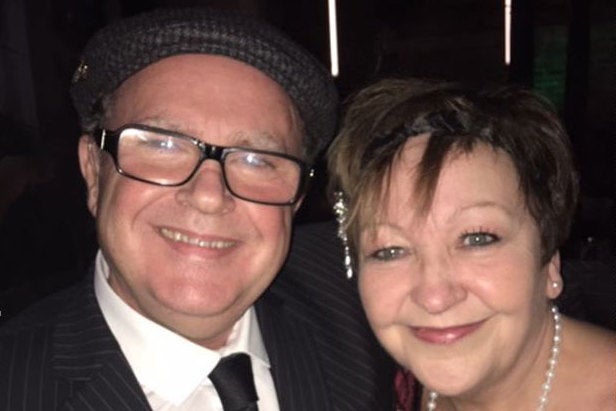 “I’m sitting on a timebomb,” says Betsy Balboni who has six weeks until her home is due to be repossessed.

Her mortgage has just come to an end and the private equity fund that bought the loan is now demanding £80 per day in fees while she comes up with a way to repay the outstanding balance.

She has been trapped in an interest-only deal charging far in excess of the market rate, unable to switch to a cheaper one for years because of new, stricter affordability checks. An independent auditor told her a few years back that she had already overpaid by more than £110,000. The total now is much higher.

“I’m a fighter, I always rise up. But January is a low point for me.”

Christmas was particularly tough for Betsy, 60, who lives in Epsom, Surrey. But she is looking for positives. “I’m not a weakling. It is a stressful situation.”

With £2,500 of fees racking up each month, this is something of an understatement. Since she took out the loan in 2001, Betsy’s marriage has broken down and her young daughter has been in and out of hospital.

Unlike most homeowners, Betsy cannot go to her bank or building society to discuss her circumstances and come to a solution.

Her mortgage isn’t with a bank any more. Instead it’s owned by Landmark, a trading name of Cerberus Capital Management, which is an American firm known as a “vulture fund”.

The fund doesn’t lend money to customers. It buys up debts and extracts payment from people to generate profits for its investors.

Because it’s not regulated as a mortgage lender it does not have to play by the normal rules and it can’t offer Betsy a new mortgage deal.

But it can put up interest rates on her existing mortgage if it wants to, as it has done for many customers. Many of Landmark’s customers cannot shop around because they would fail affordability checks – even if they are up to date with payments. So they have little choice but to accept and pay up.

They are mortgage prisoners, so called because they have been trapped on expensive deals, paying thousands of pounds over the market rate every year for more than a decade.

Most mortgage prisoners took out home loans before the financial crisis and had the misfortune to choose as their lender Northern Rock or Bradford & Bingley. Both firms promptly went bust and were bailed out by the government.

Changes introduced later to mortgage affordability rules have meant many people cannot switch as interest rates have plummeted, even though most have exemplary repayment records. They are effectively being told that they can’t afford a much cheaper loan than the one they’ve got. Because they can’t get a new mortgage, they can’t move home.

For some this has meant frustration, missing out on things they could otherwise have afforded; it’s meant fitting growing families into homes without enough space.

For others, particularly those whose financial situation has changed in the past decade, the problems have been much worse.

“It’s debilitating. All I’ve done over the past nine years is complain,” says Betsy. “I actually broke down in 2012. I had to have six months off work.

“It’s very difficult at times,” she adds, holding back tears.

Like many other mortgage prisoners, it was only recently that Betsy realised she was not alone.

She is among around 200,000 people in a similar situation, some of whom are now fighting back by suing the companies that own their mortgages.

The group’s argument, being put forward by specialist solicitors Harcus Parker, rests on a simple principle: they have not been treated fairly.

The law firm is acting on a no win, no-fee basis to try and claim back overpayments and unfair charges.

UK Mortgage Prisoners action group is also campaigning hard for ministers to do more to help. Momentum now finally appears to be gathering.

The thing that sticks in the throat for Betsy is that the government has had a central role in her situation. “They have been very quick to accommodate the banking system rather than customers.”

The government found £27bn in emergency funding to avert a complete implosion of Northern Rock in 2007, but that left the Treasury responsible for hundreds of thousands of mortgages and left it with a three options.

It could lower interest rates for people in Betsy’s position to a fair market level; it could tweak the rules to let them to move to much cheaper deals that had become available; or it could keep them trapped on high rates and extract more money from them.

Ministers chose the third option, thus boosting the government’s own bottom line at the expense of ordinary homeowners. It was another prong in a decade-long obsession with reducing the deficit, no matter what the human cost.

“They sold us down the river,” says Michael McGowan, a former Northern Rock customer who was forced to quit work due to a long-term health condition after more than two decades as a finance manager for the police.

Having worked all his life, Michael found himself housebound in a home that he was forced to pay well over the odds for.

Michael’s wife Teresa cut her working week from five days to two so she could care for him. The couple have never missed a mortgage repayment but Cerberus put their interest rate up to 5.5 per cent. Michael and Teresa cannot pass an affordability check for a new loan so they have had to just accept it.

“I blame the government solely, not Cerberus,” Michael says. “The government got all their money back and more.”

The Treasury held on to the mortgages for six years after the collapse of Northern Rock and Bradford and Bingley, all the while charging around 5 per cent APR when deals were available for 2 per cent.

High rates are normally associated with high risk. But 96 per cent of the mortgages were fully up-to-date with their payments.

That meant juicy, safe returns which soon attracted the interest of the vulture funds, one of which made an offer. The Treasury couldn’t resist, swiftly selling off much of the portfolio to Cerberus for £13bn in 2015. Subsequent sales have offloaded the rest.

Osborne boasted that he had achieved a great coup for taxpayers with a sale price £280m above the value of the loans on paper. He described the deal as a “major milestone in clearing up the mess left by the financial crisis”.

In reality the mess was simply passed on to a group of unfortunate homeowners who are, in effect, still paying off a hefty chunk of the bill for bailing out the banks.

The government could only charge top dollar for Northern Rock’s old mortgages because people like Betsy and Michael were locked into paying high rates, even though they posed very little risk to lenders.

Some mortgage prisoners believe the Treasury was more concerned with generating a positive headline than about how the deal would impact their lives.

Michael and Teresa worked out that they’ve overpaid on their mortgage by £30,000 since 2009 – their personal contribution to the financial crisis bailout fund.

He doesn’t let the situation get him down, but he bristles at the manifest unfairness of it all.

“The government should have made sure we were treated the same as every other person with a mortgage, paying a rate that is fair. If interest rates go up a bit, our payments go up a bit.

“But there is no negotiating with them. The government has protected other people since the financial crash, but they’ve not protected us.

“All of my pension from 22 years in the police goes on my mortgage – it doesn’t even cover the repayments.”

Despite this he counts himself as “one of the lucky ones”.

After a decade of struggle, that is the situation now unfortunately facing Betsy. The group legal action has given her some hope, something to focus on, she says. Her teenage daughter also provides inspiration to keep fighting. “I have to stay strong,” she says “I have to be a mum.”

A Treasury spokesperson said: “We know that being unable to switch your mortgage can be stressful, particularly if you are meeting your repayments.

“That’s why we’ve worked with the Financial Conduct Authority to introduce new rules that remove barriers preventing some customers from accessing cheaper deals, and continue to work on this matter.”